What is the Colorado Brand?

Not surprisingly, the Colorado “brand” is popular all over the country. We’ve seen shops selling Colorado flag tees as far away as New York City! And why wouldn't they? We've got a beautiful state, from the Rocky Mountains to the national parks to Denver's thriving food and music scenes. We truly have the best of all of the worlds.

So no, it’s not your imagination that makes you think we’re the best state in the nation, it’s true… measurably. In survey after survey, Colorado is consistently rated among the best places to live, with one of the healthiest populations and a soaring economy. We fight with amazing places like Hawaii as a top tourist destination, and we add almost 200,000 residents per year to the Colorado population. Clearly, we’ve got the goods.

Don't believe us? Just do a quick Google search on Colorado and watch the articles pop up singing the state's praises. The results  about Colorado’s greatness are almost overwhelming. Just a couple months ago, US News named us the 10th best state overall (I think they bumped the “0” key), and the #1 economy. Even if the nation doesn't rank Colorado as #1 quite yet, we think it tops the list. 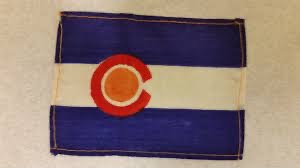 WHAT'S THE OBSESSION WITH THE COLORADO FLAG?

That’s all well and good, but why is Colorado such a brand unto itself? Here at 1876, we believe that a part of the reason is our timeless Colorado flag design.

The current iteration of the Colorado flag was designed by Andrew Carlisle Carson in 1911 and adopted by the Colorado General Assembly later that year, on June 5. At this time, there were no official reds, yellows, or blues that had to be consistent on the flag; Same with the Colorado "C." The legislature did not specify guidelines or rules for the size of the "C," its location, or its color.

On February 28, 1929, the General Assembly decided that the blue and red present on the Colorado flag would officially be the same as those same colors used on the United States flag. Later, on March 31, 1964, they also declared that the diameter of the gold disc would be equal to the center stripe.

Some years ago, there was a legal fight about the Colorado flag. Some governmental agencies contended the flag was not “public domain,” and therefore, wasn’t to be used on things like shirts. When it was all said and done, it became clear that the flag represents all of us, and so belongs to all of us. The state launched the “Brand Colorado” initiative several years later, with the purpose of creating a mark representing official state business. They also launched a program to certify companies that are Colorado local, and we’re proud to have been one of the very first companies certified under that program.

We, as Coloradans, collectively take great pride in where we live, and the symbol of our great state. If you think about it, Colorado is one of the few states where you see people wearing the flag around all the time - on Colorado flag shirts, Colorado flag hats, and even on home goods.

How Does the Colorado Brand Drive 1876 Designs?

As for 1876, we embrace the spirit of our state to drive our designs. After all, Colorado is the reason we do what we do. We trademarked Colorado's birth year; it means that much to us.
From our iconic circular designs depicting the best parts of Colorado (i.e. the Colorado Flag, Colorado downhill skiing, a Rocky Mountain forest and deer, and the beautiful Denver skyline) to our minimalist Trophy emblem, we aim to capture what connects us all across Colorado. We have always functioned under the philosophy of doing more than just slapping our state flag on a shirt, no matter how great it is, but our designs are crafted from the same passion that drove the creation of the symbol of our state. 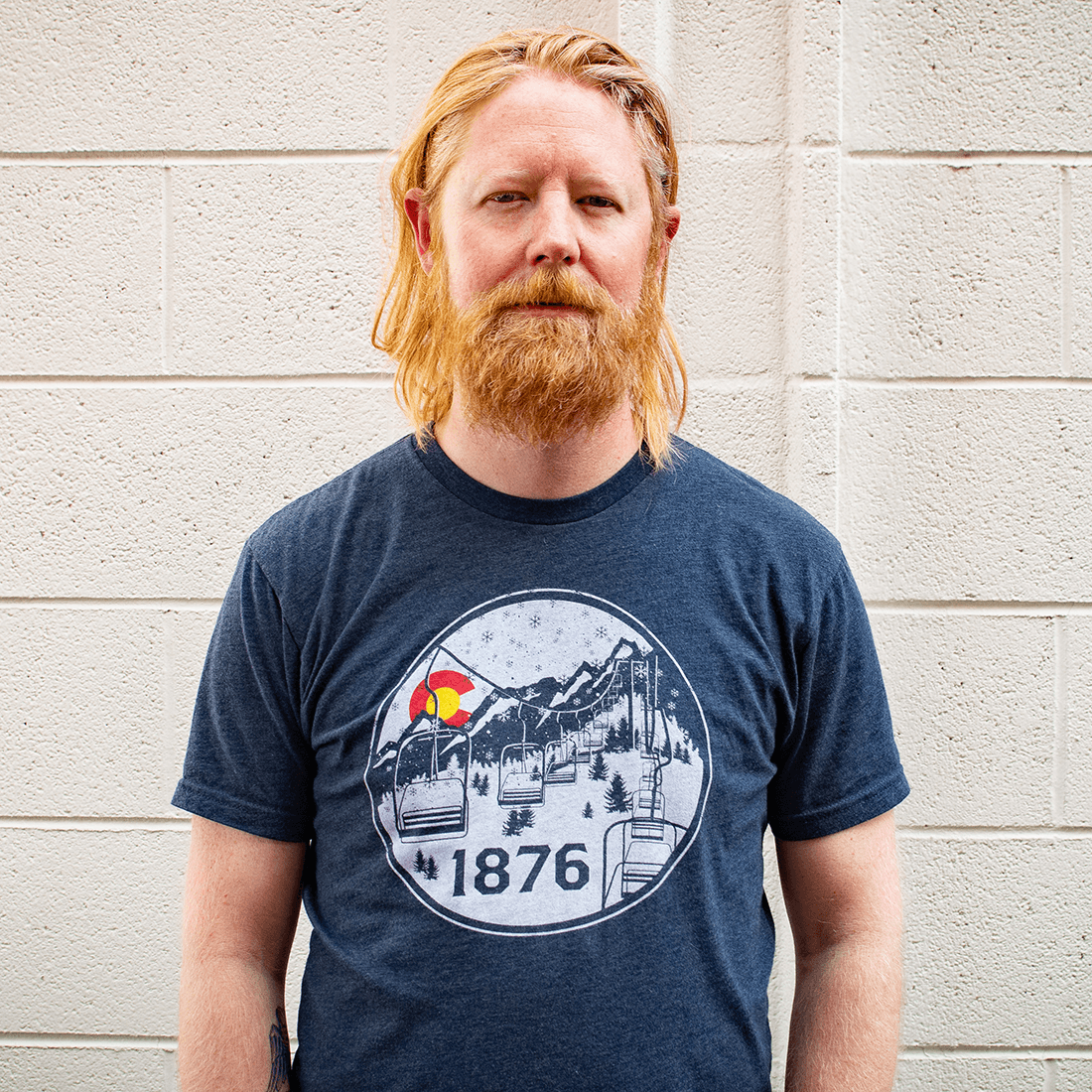 Every piece of 1876 Apparel is specifically designed for life in The State of Exploration. Colorado clothing has never been so versatile, so luxurious, and so stylish. 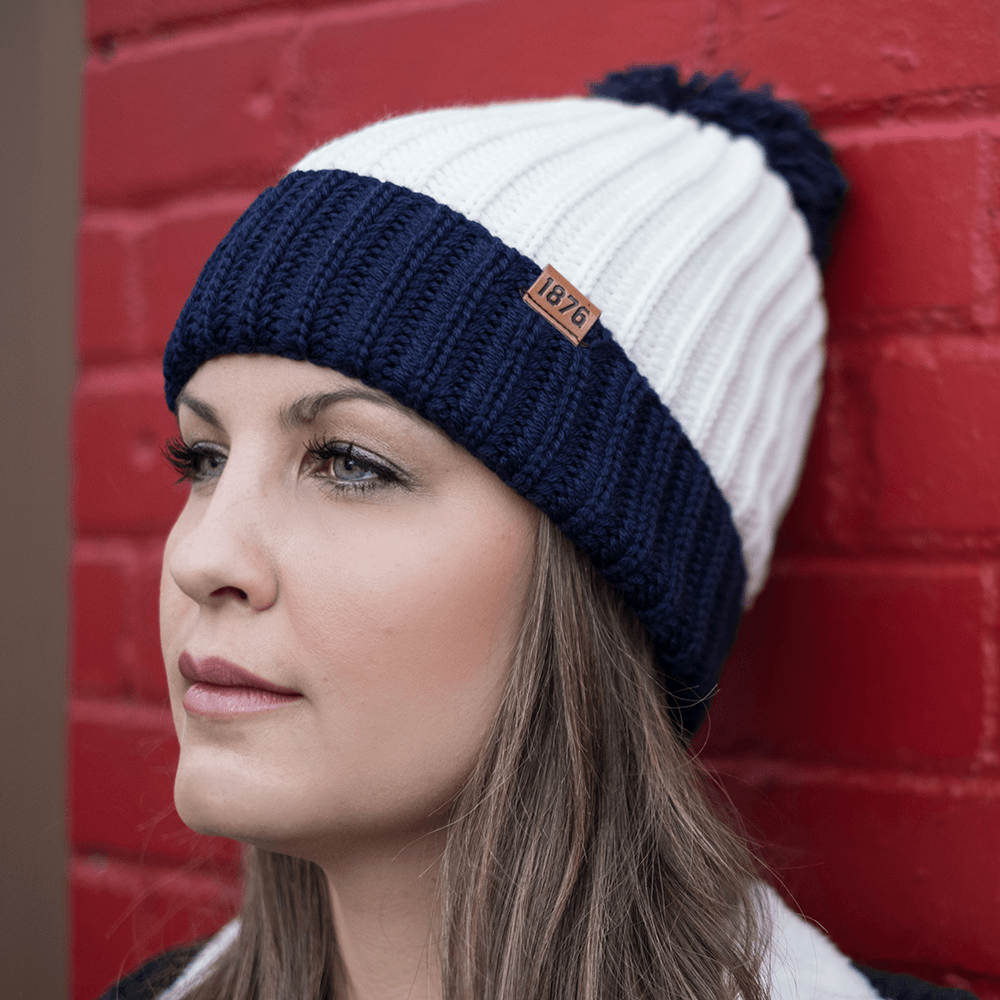 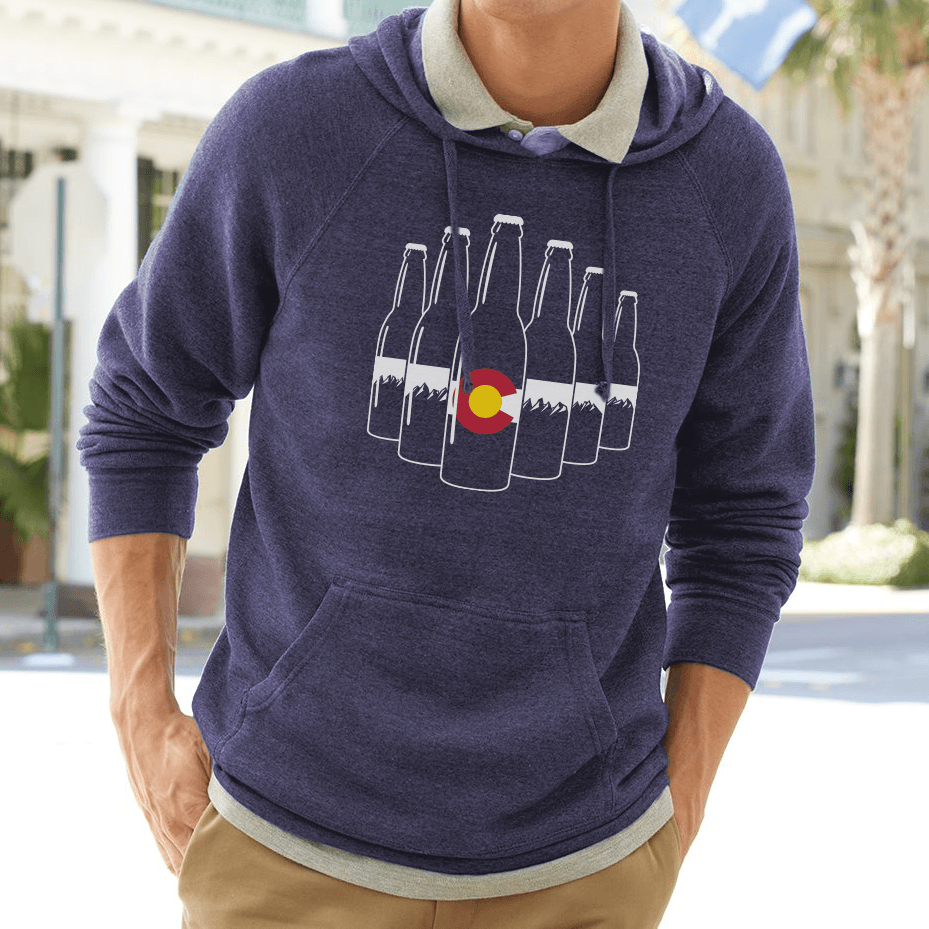 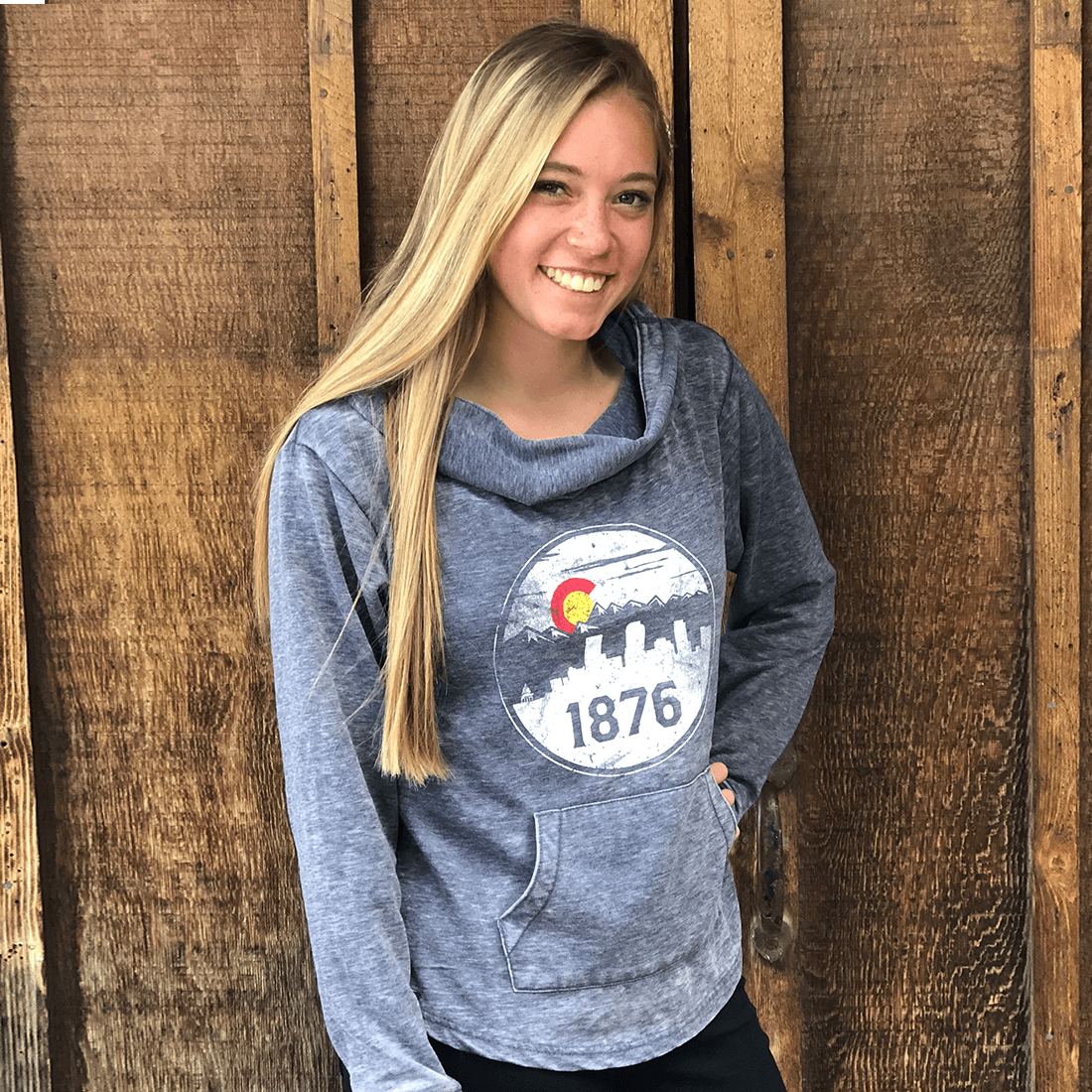 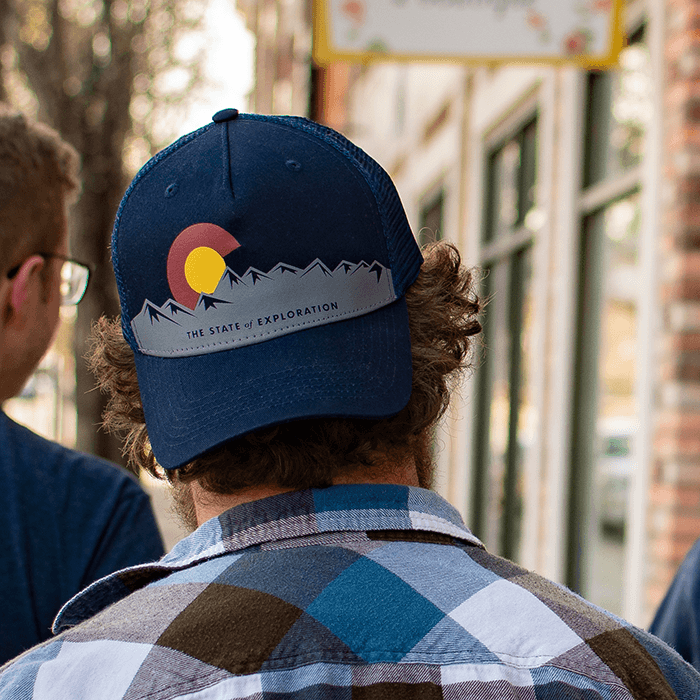 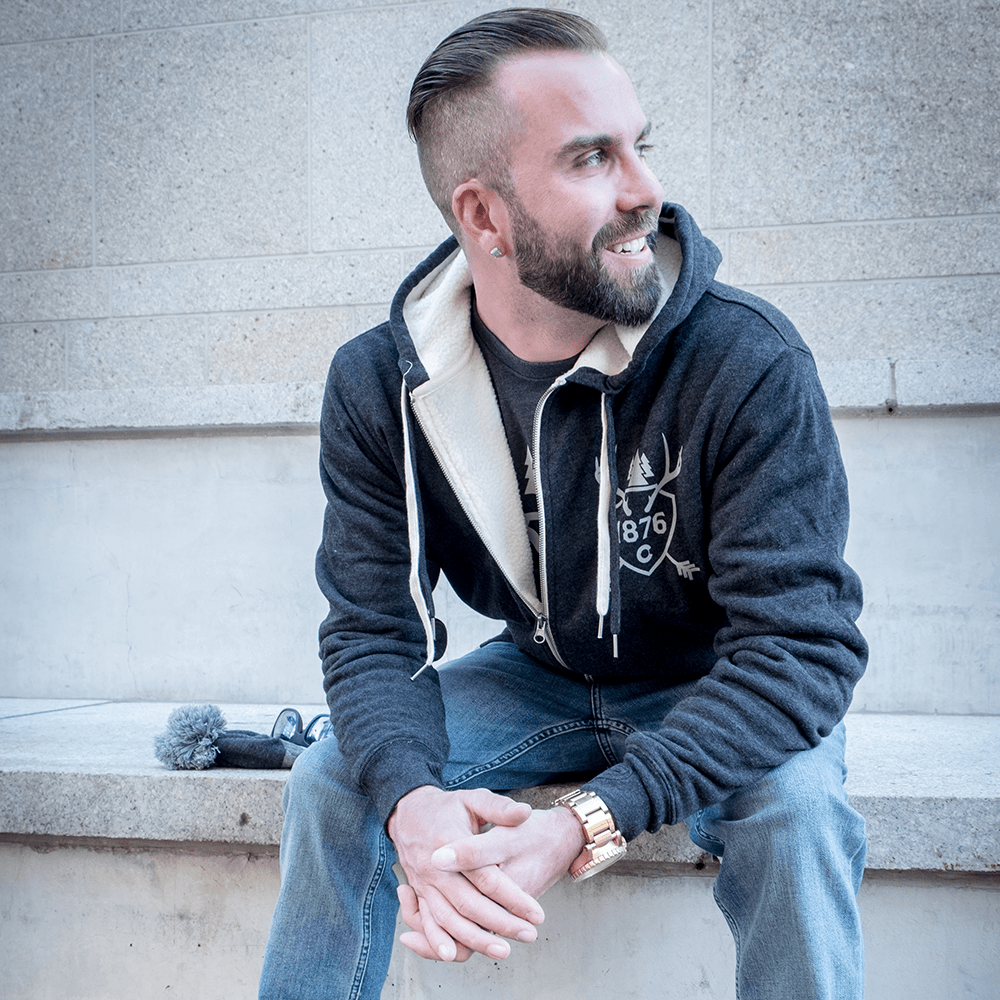 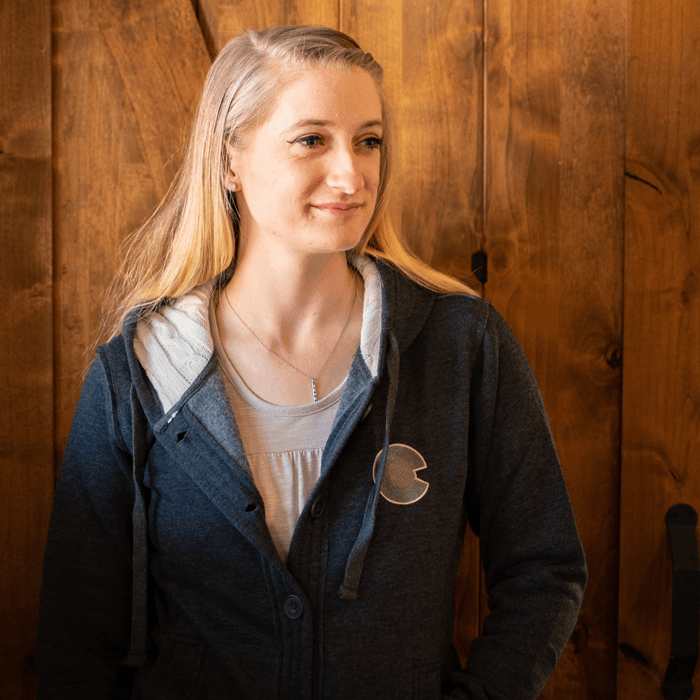 THE STATE OF EXPLORATION

From gold rushes to tech rushes, the spirit of Colorado has called out to adventurers and dreamers for generations. 1876 apparel is made for anyone drawn to answer that call. Locally owned and designed, every piece is specifically produced to celebrate our great state and the explorers who love it.

We're Nick, Lauren & Kaylee - a trio of Colorado natives out to do something different, and better. Based out of Littleton, CO since 2013, we launched the modern version of 1876.co just in time for 2017. In 2019 we focused our sights on wholesale expansion, and eventual world domination.

If you want to reach us, here's how:
Need Support?: 1876@smirkwith.us
Interested in wholesale?: wholesale@smirkwith.us

Thanks for your support! We rely 100% on our friends to spread the word and keep us exploring! 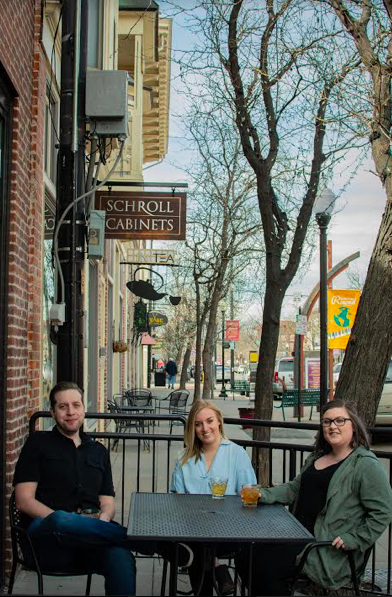 Also in The Explorer

Here at 1876, we can never get enough of the holidays! It’s our goal to help you check off every person on your nice list with gifts that are luxury, stylish, and unexpected. One of the most iconic, yet most overlooked, parts of Christmas gift giving are Christmas Stockings. We put our names on them, hang them in a place of honor, and spend tons of time decorating them - so let’s not forget to fill them! Welcome to the 2021 1876 Guide to Stocking Stuffers, where you can fill these fancy socks with lots of Christmas cheer, holiday love, and intentions for the best New Year. With these small and surprising items, you can bring cheer to your loved ones beyond the gifts wrapped up under the tree.

What a difference a single year can make. This year, Christmas is bound to be extra joyous and full of cheer with homes filled with loved ones and friends for Holiday celebrations of all kinds. With the chill of winter in the air, we’re looking forward to the lights, the snow, and the sparkling gifts under the tree. With only 24 days until Thanksgiving and 7 weekends left until Christmas, let’s begin the celebrations with gift shopping for all of those who deserve something special under the tree (including you!). Here’s Part of The 1876 Christmas Gift Guide 2021, full of good cheer, premium apparel, Colorado clothing, and high-end, one of a kind items.

The Most Wonderful Time of the Year: Black Friday, Cyber Monday, New Products, and More!

When we say that it’s the most wonderful time of year, we mean it. This is the ONLY time of year that we get to go crazy with sales and specials. It’s our way of ushering in the season, and saying thanks for an amazing 365 days. This year, there’s so much to be thankful for, especially with the trials of the last one firmly in the rearview mirror. So, without further ado, we’re thrilled to bring you some much deserved holiday joy in the form of sales, specials, and new products, all wrapped up in our brand new signature 1876 Holiday Wrap: Black Friday is November 26th this year, and we have some goodies in store for you! Small Business Saturday, November 27th, is a great day to support all things local, which you know we’re ALL about. Cyber Monday follows on November 29th, and you know what that means: The return of Mystery Bags! Just in time for the most exciting part of the year, we’ve got brand new products for you: The Timberline Snap, The Estes Hoodie, and 1876 Holiday Wrap.

Shipping is always just FREE on orders over $100.

We stand behind our products with our famous Iron-Clad Warranty.

Sign up to get the latest on sales, new releases and more…